BILL DRAKE
New Album: Legacy
"If the purpose of your life is not wrapped up in God's purposes for the world, you will miss the reason you're alive."
-- Bill Drake 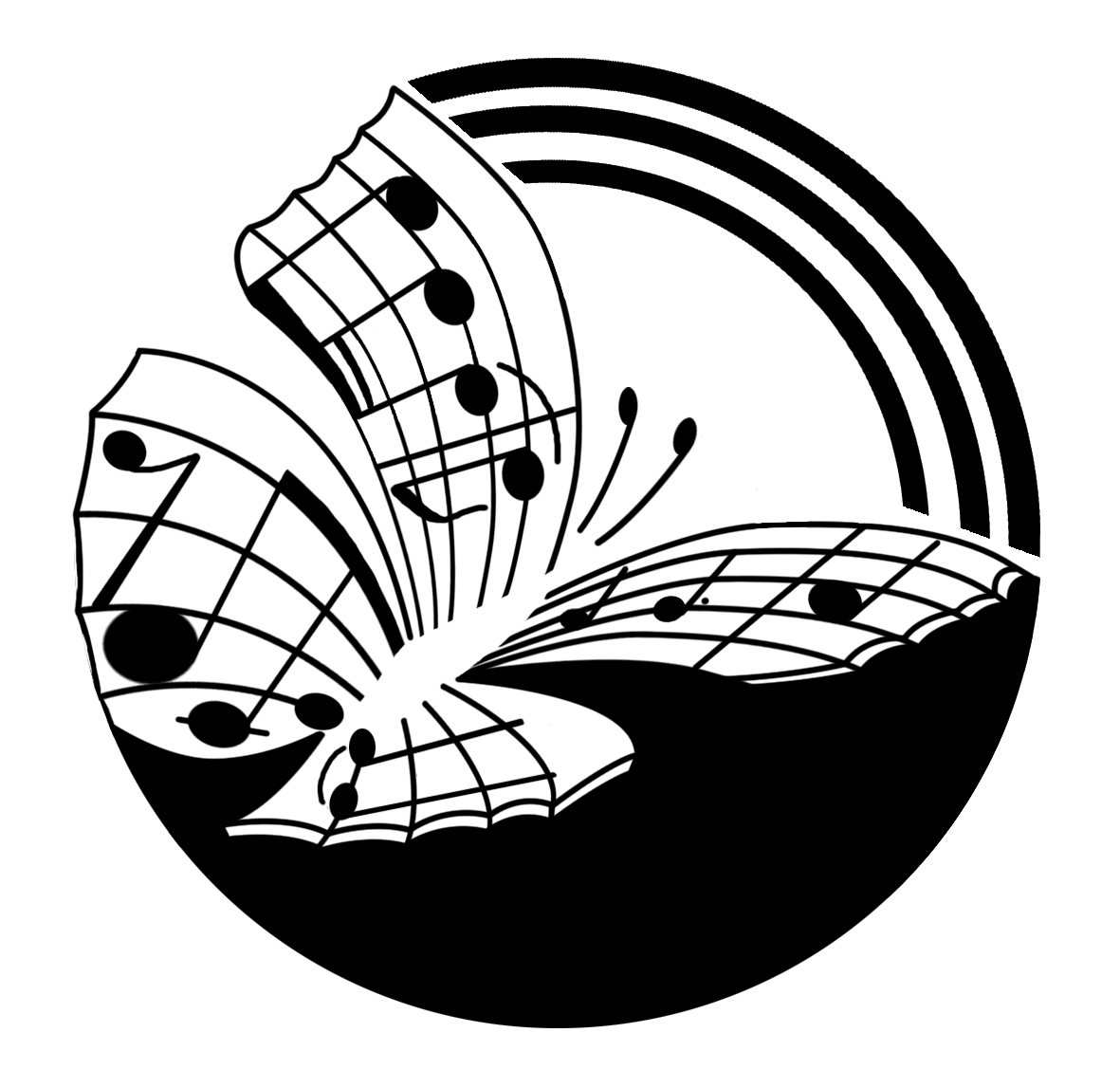 “…There’s a song that cannot be unsung…”  At the risk of sounding self-aggrandizing, that is one of my favorite lyrics, and it is found in the first song on this second-of-three compilation.  You see, I had been “writing” that particular song since 1975…

There’s a beautiful verse in the book of Job that gives us a hint of what happened during the Creation of the material Universe.  The Angels serenaded The Lord God as He spoke beauty into being.  And we don’t need to look much farther than the fact that the largest and arguably one of the most beautiful books in the Bible is a book of song lyrics.

I would submit that the first time really heard “the song”, was at my mother’s funeral, which took place at St. Monica’s Catholic Church in Barre, Vermont where we had lived for four years.  I had just turned 15 years old when my 43 year old mother stopped breathing in the hospital on June 4th, 1975; the day my childhood abruptly ended.  My older sister Lisa and I were not planning to go visit mom that day, but were encouraged to go by our Uncle Jim, who indicated that we would be picking up our Grandma at the airport on the way to the hospital.  Jim was a doctor, and knew what was coming, and in foresight that was either divinely inspired, or just inherent wisdom, insisted we go.

Mom was in a coma when we walked into the room.  You could see just a little of the whites of her eyes, which were rolled up into her head.  Roger, my stepfather was sitting hunched down in a corner just past her hospital bed, weeping quietly.  You could hear the monitors and machines that my mom was hooked up to clicking and beeping, as a doctor and then a few nurses spoke in hushed tones, “Your mother is dying.”  I wasn’t prepared.

But my grandmother, who had come as quickly as she could when alerted that this was the end, walked up to the bed, grabbed my mother’s swollen arm (twice it’s size, as the her lymph nodes had been removed), and began to stroke her, and softly call to her, “Phyllis, I’ve come to see you.”  To everyone’s surprise, the monitors began to show more activity than they had all day, her eyes came clear and focused on her mother who was lovingly calling out her name.  My mother took every last ounce of strength left in her cancer-ravaged body, I could see her try to form a word – “Mom” – as she had been waiting for this last moment.  And in that moment, she breathed her last.

Shocked, I walked out of the Hospital, walked out on God, and almost walked out on the rest of my life.  A few days later, standing near the altar, I assisted Father Dupree as he performed my mother’s funeral.  The place was packed – my mother had made a huge impact on that congregation, local women’s groups, and our neighborhood.  The organ was making noises that no musical instrument should ever be asked to make, and although I was dressed in pure white, my heart was black as night.  Imagine my shock, where half-way through the service, three acoustic guitar players approached and surrounded my mom’s casket, and began to sing “Alleluia” in three part harmony.  The deepest beauty of sound reverberated in the expanse, as God was being praised by a life given to Him in the depths of her pain and sorrow.  And for the first time in my life, I believe I heard “the song”.

I found out later that my mom had gotten permission to organize the second half of her funeral service, and she turned it into a time of praise and celebration of Jesus Christ, and the life that He gave to her.  I recognize now how meaningful and powerful that was, but at the time, filled with bitterness and fear, I cursed God.  How does a good God let mommies die, and leave her children with a child-abuser?  It’s the age-old blame shift that puts the burden on God for the decisions man makes and the consequences he then bears.

Years later, desperate and on my knees in my apartment in Moscow, Idaho, I surrendered to the author of “The Song”.  More on this later for Touched By Love, but I had been singing in bars and nightclubs with my friend Ross, a liquid singer with a nice touch on an acoustic guitar, and he introduced me to the music of Dan Fogelburg.  I remember the first time I heard Dan’s song There’s A Place In The World For A Gambler.  It blew me away completely, and I wept at how the melody, the lyrics, and the sheer beauty of this love song obliterated my heart.  Some songs, melodies, chord progressions, and arrangements seem to be crafted just for us, and this was one of those songs for me.  And you can see it’s fingerprints here on There’s a Place of Immeasurable Blessing:  in the title, in the 6/8 time signature, and in the gorgeous rolling piano that comes in during the second verse.  I sing this song in almost every one of my concerts now, dedicate it to my praying mother, who promised to lift me before Jesus everyday that she lived, and if it was theologically possible, would pray for me in the presence of God Himself once she got to heaven.  And if she can see me now, I hope that she is proud of me.  I hope she knows that her prayers have been answered, her son has come home, and we will be reunited one day in that ultimate place of immeasurable blessing…

Concert Photos
Many incredible memories with our friends at each concert. Where did you see Bill Drake. 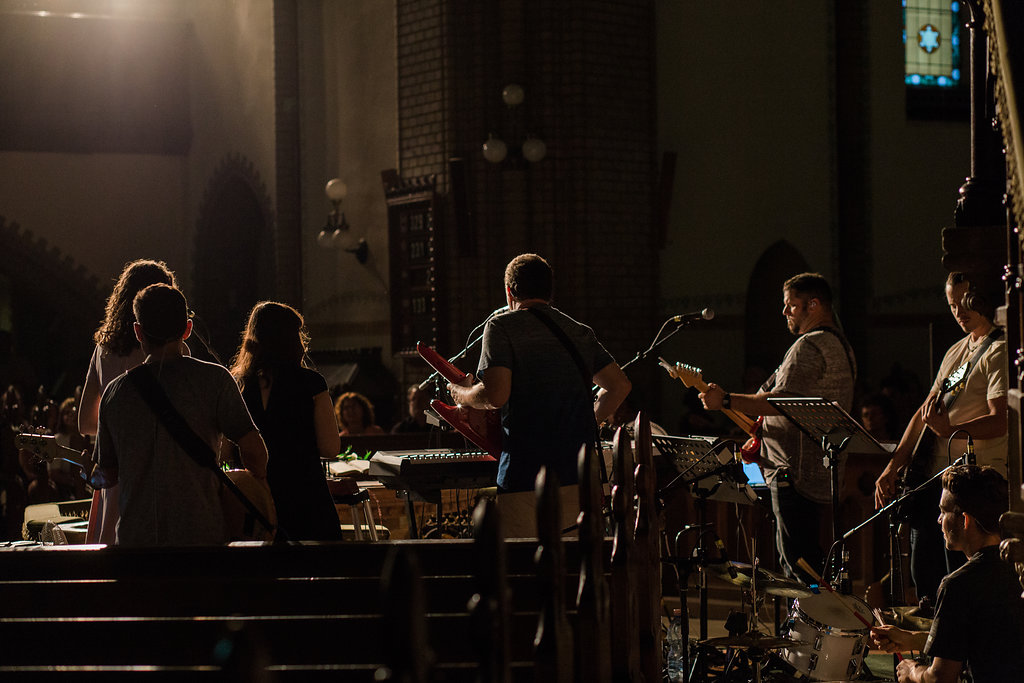 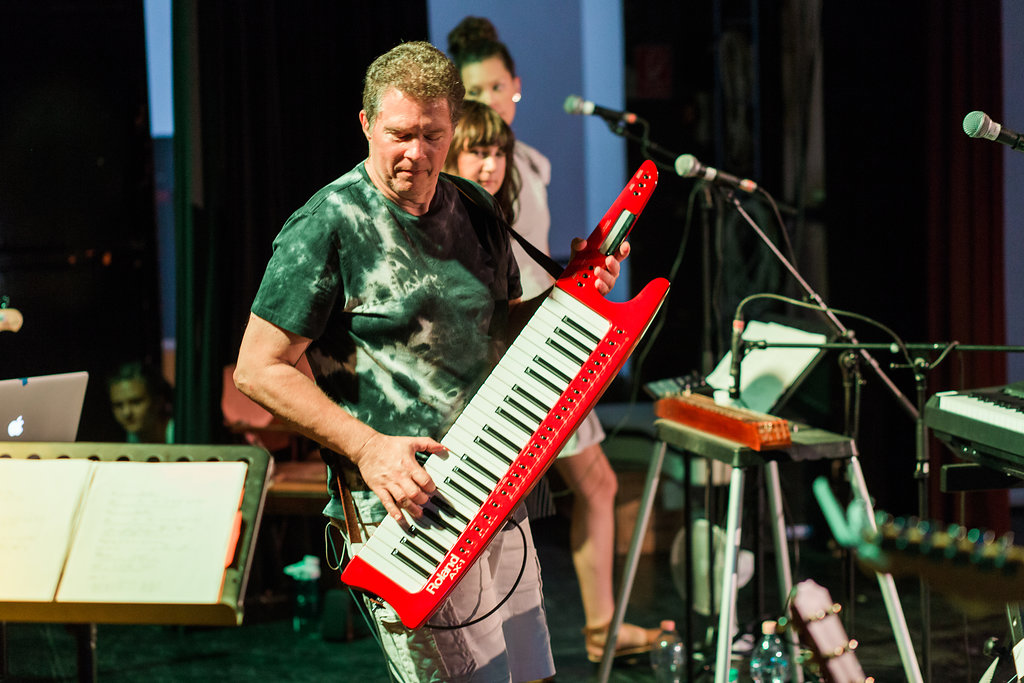