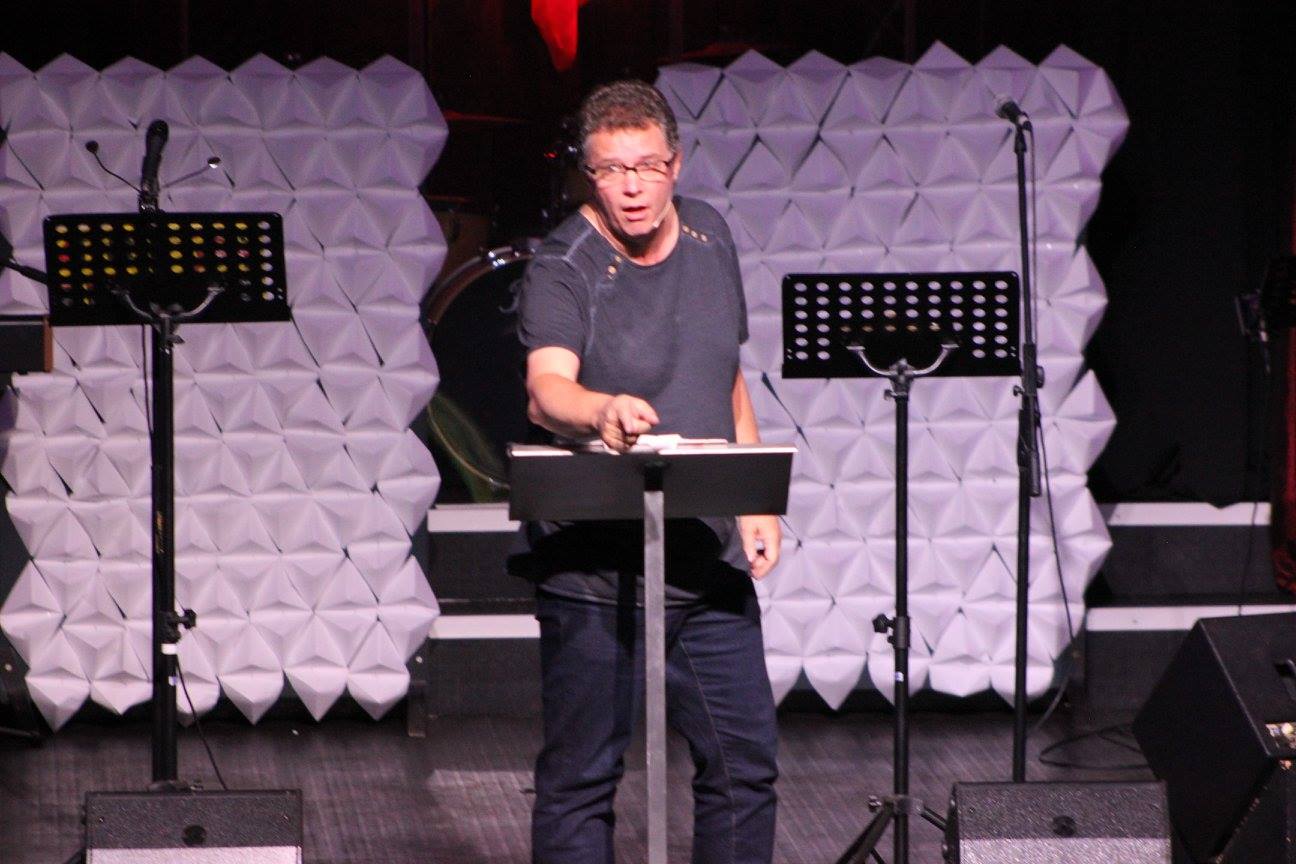 Here Am I, Send Me

It's been a while since I've seen something like what we got to experience at KSM Centurion NG Church last month.  God promises that the Word that goes out from His mouth will not return to Him void, until is has accomplished all that He has desired for it to do.  Well, we got to see some of that, and it was awesome!

It was such a privilege to have been invited to speak at an extremely creative Mission event, where different agencies (including OM), had each been given a room in the church to "decorate" and "present" their ministry in, as varying groups would brought in to each room for 6 minutes each by "tour guides" from the church.

KSM is a larger church, and over 500 people had shown up for this "multiple installation" event on a Friday night, and the atmosphere in the main hall was electric.  A worship band had been asked to lead about 30 minutes of worship, and I was asked to speak a 20 minute challenge with an invitation at the end.  Following that, the people would then be taken in groups, room by room, to be exposed to the different mission agencies, where they worked in the world, and how the people could then get involved in God's Kingdom outside of South Africa.

As the band was winding down, and I was about ready to take the stage, I had this profound sense that God's hand was on me - I knew that even though what I had to say was brief, it was going to "punch" in a way that would make a serious impact in the moment... I prayed, and stepped onto the stage...

From there I would share the story of the passengers of one of the most famous flights of all time on 9/11:  United flight 93, where the passengers, once they realized they were already dead, changed eternity for thousands of people by not staying in their seats paralyzed by fear, but stood up and took action.

This led me to mention a biblical example of someone who was "already dead" - Mary of Bethany, who in an act of extraordinary and extravagant worship, poured out her reputation, her life savings, and her very dignity as a woman on the feet of Jesus; an act of sacrificial worship that Jesus Himself said would be shared "wherever the Gospel is preached".

Which then led me to 3 questions:
Are You Stealing from Jesus Tonight?  (Judas was, which is why he criticized Mary)
Is Jesus Getting What He Paid For in Your Life?
Is What You’re living for worth dying for?

Which led to the punch line:

"My friends, this is it:  If the purpose of your life is not wrapped up in God's purposes for the world, you will miss the reason you are alive.  And I know you don't want that - because here you are tonight, presenting your bodies as living sacrifices, holy and acceptable to God as your spiritual service of worship.

So who of you is willing to answer God's call - the same call he made to Isaiah in the throne room:  "Who will go for us?"  If you are willing to lay down your life tonight, and take up that calling, I want you to stand to your feet so we can pray for you."

I laid it out there straight.  No manipulation, no prolonged begging invitation - and immediately 250 stood up, and said, "Here am I Lord, Send Me".