From Saskatoon to Kabwe

(A wheelchair, a mosquito, and a long dangerous road…)

I’ve had some pretty crazy travel stories after being involved in global mission for the last 26 years, but rarely have I had a journey quite as hectic as this last one when it came to connections, length of time, and distance!

My task, should I choose to accept it, was to travel from Waldheim, Saskatchewan Canada, to Kabwe, Zambia, in as short a time as humanly possible. The reason? Two key events were backed up against each other on the calendar, and after praying about it (yeah, I’m gonna blame God for this one!), we sincerely felt that I was to be at both!

The first one was a 65 year-old Missions Conference held in an idyllic town of about 1,200 people, located near the South Saskatchewan River in the vast breadbasket of Canada. From this little place the beautiful believers there touch the ends of the earth. With an unprecedented percentage of their finances already going out, they also send their best, as parents see their young adult children heading off to the Mission Field. Completely unrelated to my accepting and booking these events, when I got there, I found no less than seven young adults from Waldheim serving in Kabwe, most of them long-term! Only God orchestrates such “coincidences”!

The second event, Love Africa in Kabwe, Zambia, assembles around 1,000 Africans who are interested in obeying The Lord in His great commission, learning how to “go” – short term and long term. It was AWESOME! Africa is on fire for Jesus!

But between these two unique events were 10,394 miles, and 48½ hours. And like a line of dominoes, if just one piece fell down, I would have been severely set back in bringing what I had been asked to bring, not to mention a gargantuan inconvenience (but we don’t go into mission to avoid inconvenience now, do we!) 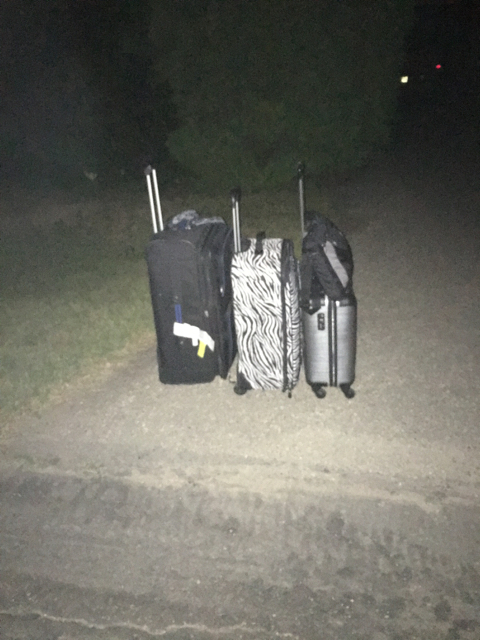 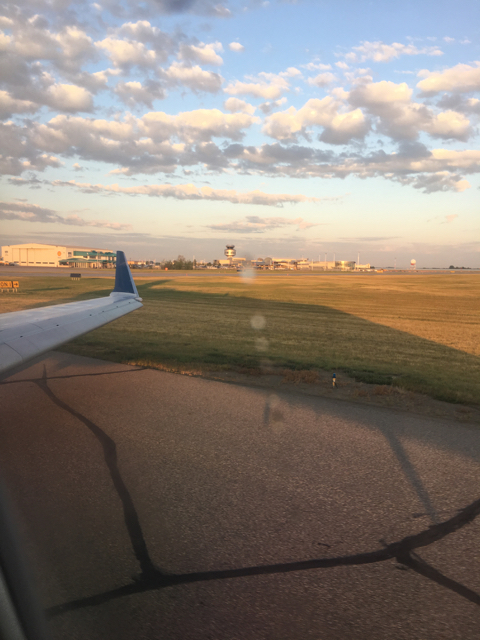 The journey started at 3:10 am in Waldheim, where the organizer of the Missions Conference himself picked me up at my host home and drove me to the Saskatoon airport for a 5:50am flight. Landing in Minneapolis in a rainstorm after 2 hours, it was ‘so far so good’! The 3.5 hour flight to Atlanta was fairly smooth, and all was still going well. Things got even better when I discovered that I had been upgraded for the long-haul flight to Johannesburg South Africa – a little 16 hour and 40 minute jaunt! Praise God!

But from there, things began to get interesting!

Firstly, I knew that Delta Airlines and South African Airlines didn’t have a baggage agreement, and this meant that I would have to completely immigrate into South Africa at Johannesburg, get my luggage, go through customs, navigate the massive airport, re-check my bags to Lusaka, Zambia, re-navigate security, and then rush to my flight – the last flight out that night to Lusaka. This all had to happen in a 1.5 hour window…

The Delta flight landed a few minutes early in Johannesburg, and I lit out of there, through immigration, got my bags, cleared customs, and went to the South African Airways “re-check” baggage desk. Problem: ONLY baggage rechecked for destinations inside South Africa allowed – international destinations (like Lusaka, Zambia) were in the main check-in hall. Basically I had to go back to “start”, enter the long lines, and pray, pray, pray!

Well, by the time I had rechecked in, given them my bags, I was not only exhausted, but feeling looming dread – my flight was leaving in 40 minutes, and the line through security was at least 1 hour long!!! I kinda limped toward the massive cue, trying to figure out what I would do should I miss my flight to Lusaka – I would have to spend the night in Johannesburg, and would miss the teaching slot I had the next morning in Kabwe at Love Africa…

“Sir, can I help you?” said the voice. I came out of my gloomy daze to see a man with a wheelchair approaching me on my right hand side. “Here, get in this chair. I am going to take you to the front of the line, sir,” He said. It all happened so fast, I couldn’t quite believe it – did God send an angel? I reluctantly got in the chair, telling myself that I didn’t ask for this – I wasn’t being corrupt, but was accepting a favor – and sure enough, he took me straight to the front of the massive cue – right through security, passports, and out to the gates in minutes… I really couldn’t believe it! 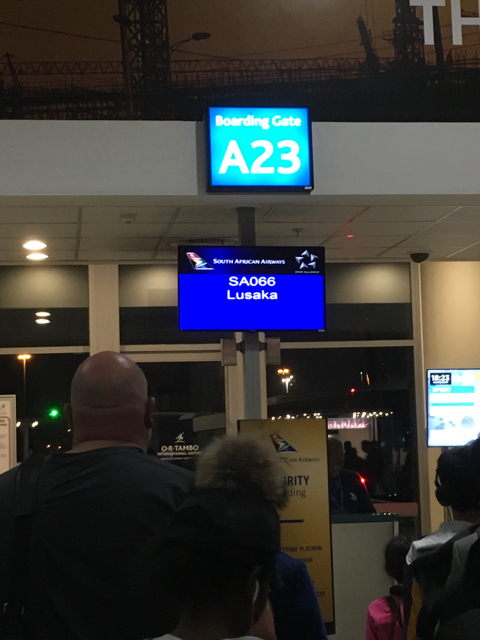 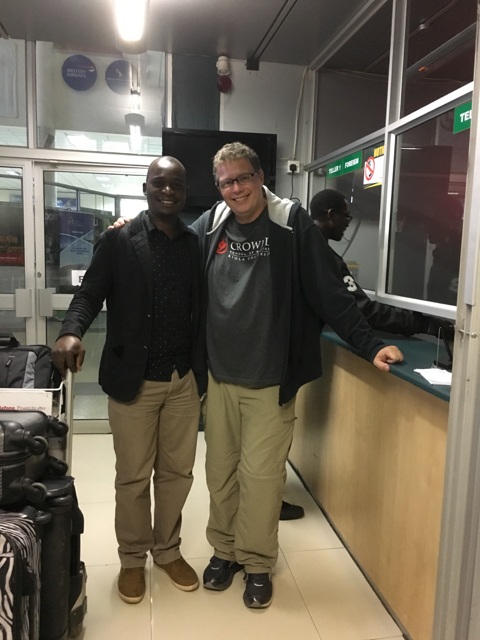 Flying into Lusaka that evening, I was just praising God. He had rescued me from a very inconvenient eventuality, and now, I would make it! Hallelujah!

We landed in Lusaka, and I got my bags, wheeled everything out to the curbside outside the door, and there was no-one there to meet me. I had been told there would be a taxi driver named Mukela there to pick me up, holding up a placard with my name on it (I’ve never had that before either!). SO many enthusiastic taxi drivers wanted to give me a ride, and it was dark, and late, and oh my… and then he showed up, a man named Kelveen with a big toothy grin, who had my name scratched on a paper in blue crayon. He welcomed me to Zambia and took me to a guesthouse near the airport, where a room had already been prepared for me.

Sitting on the bed there in the room, I just sat there – kinda stunned after so many hours of traveling. But I would sleep in a bed, and be picked up in 7 hours and taken to Kabwe by another driver who would deliver me to Love Africa. Wow. I brushed teeth, crawled into the bed, and wham, was out like a light…

And then I felt it – a sting on my right arm. A mosquito. In Zambia. Famous for malaria. It flew off as I woke up, praying to God that the malaria pills I was taking would be doing their job, and if not, God Himself would look after me! But I also knew I couldn’t go back to sleep with that mosquito in my room, waiting to suck my blood again as soon as it got hungry later! So I took the next 30 minutes to scour the room until I found it, and then? It met its maker, and its remains are smooshed on the wall…! (Mosquito on white by Bill Drake…) 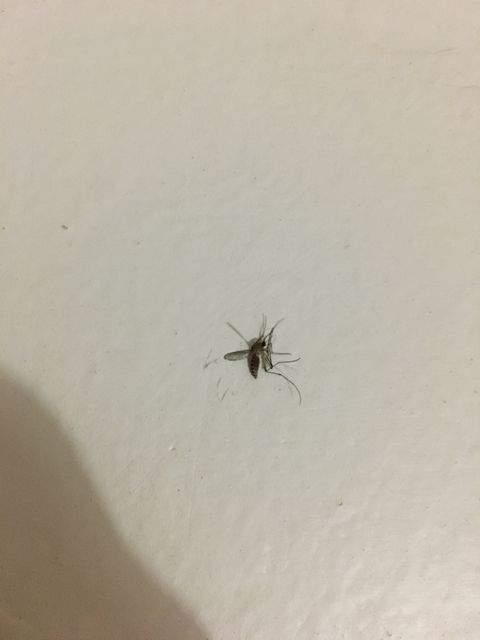 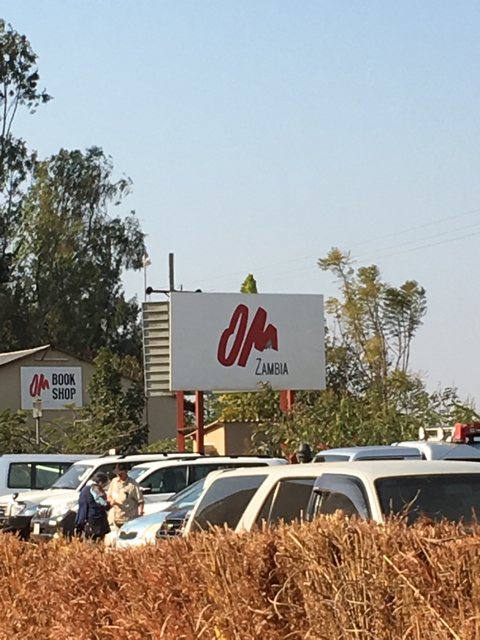 The next morning early, I was picked up by a Zambian with a big heart named Melwin – we drove all over Lusaka looking for a young woman from Taiwan who was joining our team up at Lake Tanganika for two years – a very remote, poor, indigenous area where our OM Team is doing things that will change the course of an entire region: Education, Health, Sports, Sex Trafficking - on and on, these servants of God are “doing it” in the harshest of conditions, and honoring The Lord who has called them there to be His hands and His feet.

Then up to Kabwe we went on the great northern road that starts in Capetown, and ends in Cairo, Egypt! On the way, it goes through Lusaka and Kabwe, and I can now see why that stretch of road is so dangerous, they don’t like to travel on it at night… Single lanes, patchy tarmac, crazy drivers weaving in and out of the slower trucks that spew diesel exhaust and don’t slow down for anything, including oncoming lunatics who risk their lives and yours trying to overtake the slow trucks coming from the other direction. In a moment of the flesh, a cynical thought went through my head - If the planes didn’t crash, and the mosquitos didn’t kill me, well, the drivers in Zambia would make sure someone did! Lets just say that there are lots of ways to die in Africa, and God protects His people every second of every day! 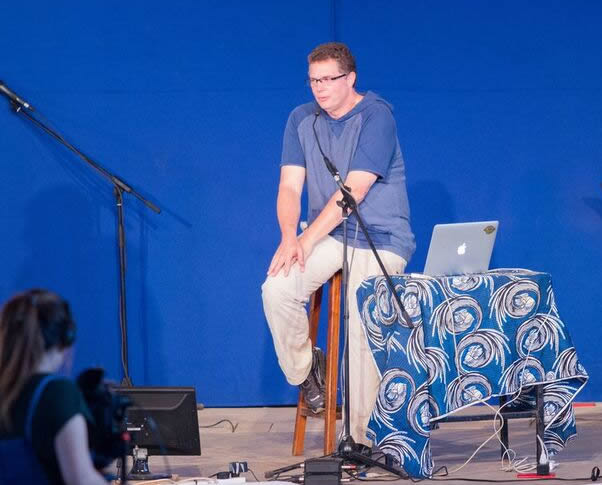 I arrived at Love Africa after 10,394 miles, and 48 ½ hours, thankful to the Lord of the Harvest for allowing me to participate in the greatest adventure ever known to man – seeking first the Kingdom of God and His righteousness. All things do work together for good to those who love God and are called according to His purposes. All joking aside, it is the greatest privilege of my life to participate in Jesus’s Great Commission. If the purpose of your life is not wrapped up in God’s purposes for the world, you will miss the reason you are alive.

God Bless you on your journey…